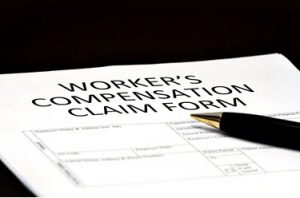 A growing problem in Tennessee over the years has been the misclassification of workers as “independent contractors” instead of “employees.”  Estimates show that there are between 21,990 and 36,680 misclassified and unreported construction industry workers.  As the saying goes: “you can paint the word ‘horse’ on a cow…it’s still a cow.”  In other words, it’s not what an employer calls the worker that matters.

What’s the difference between an employee and an independent contractor?

It is getting tougher for employers to misclassify their workers.  Employers misclassify workers for many reasons, but the primary reason is so they can make more money.  These misclassifications can have a devastating financial impact on a family if a worker is hurt on the job or the worker loses their job through no fault of their own.  In an effort to “level the playing field,” the Tennessee Department of Labor and Workforce Development is taking new steps to ensure employers in the construction industry are protecting workers who are injured on the job or need unemployment benefits.  Legislation that became effective July 1, 2013 gives the Department authority to issue civil penalties against construction companies who have avoided workers’ compensation and unemployment insurance tax premiums.  The Department will also refer cases involving business operations that are in violation of the law to the Tennessee Bureau of Investigation or the appropriate District Attorney General for criminal investigation and prosecution.  You can see the full story here.

Those wishing to report suspected employee misclassification in the construction industry may contact the Fraud Tip Line at 1-888-243-7283. We also recommend giving one of our Nashville attorneys a call regarding your independent contractor misclassification at 615-425-2500 to discuss your classification.