April 28, 2016 was a terrible and sorrowful day for all of us across Tennessee.  It was on this day, that another one of our very brave TDOT heroes was senselessly taken from his family in a fatal wreck that  left 3 other TDOT workers seriously injured.

The wreck occurred around 10 am on Interstate 40 in Hickman County.  A TDOT crew of three vehicles was in route to a job when they discovered they had a flat tire.  All three TDOT vehicles pulled over on the side of the road with their emergency lights activated in queue as they unloaded equipment from one of the vehicles to repair the flat.

That’s when a semi driven by, Candelario Castillo (37), veered off to the right side of the road, never slowing down or moving over and ignoring the flashing lights and queue.  He first plowed into one of the TDOT trucks and then hit and killed 65 year-old TDOT worker, David Younger.

TDOT crew member, 59-year-old Carl Smotherman, who suffered head and back injuries, watched as his friend and co-worker was killed right in front of him.  Smotherman is left with the traumatizing mental scars of seeing such a horrific scene unfold before his eyes, “It’s shock. It was a shock. It’s kind of hard to explain unless you’ve been there,” Smotherman said. “He was a good-hearted man, couldn’t have happened to nobody better.”

Two others, Santana Smith, 22, and Dorthea Rye, 50, also suffered head and back injuries.  Smith was life lighted to Vanderbilt University.

Personal injury and wrongful death trucking accident lawyer, Rocky McElhaney who was recently named the “Best Lawyer” in Nashville was hired by the three TDOT survivors to seek justice for their injuries and their families and hold the negligent driver and his employer accountable for their damages in the wreck.

Including Younger, four TDOT employees have been killed in the line of duty statewide since 2011. Since 1948, 110 TDOT workers have lost their lives while working on Tennessee roadways. TDOT spokeswoman BJ Doughty hauntingly describes what every day is like for these heroic men and women on the highway “When we are on the side of the roadway, you are coming through our office at 70 miles an hour.”  WKRN News Channel 2.

Involved in a trucking accident in Tennessee? We can help

Trucking accidents are devastating, catastrophic and often, as in this case, fatal.  If you have been injured or a loved one has been killed in a trucking accident in Tennessee or abroad, please call the experienced and compassionate truck accident attorneys at Rocky McElhaney Law Firm.

We’re easy to talk to, we listen, and our passion involves using our skills and knowledge as lawyers to stand up for innocent injury victims who have been thrown to the wayside by greedy insurance companies who want to cut them a raw deal and deny victims and their families the ability to hold them accountable.  We have the diligence, resources, and the innovative legal talent to go toe to toe with the at-fault party and their insurance companies and hold them accountable.  You deserve justice.  We fight for you! Call (615) 425-2500 to speak with one of our attorneys about your case today! 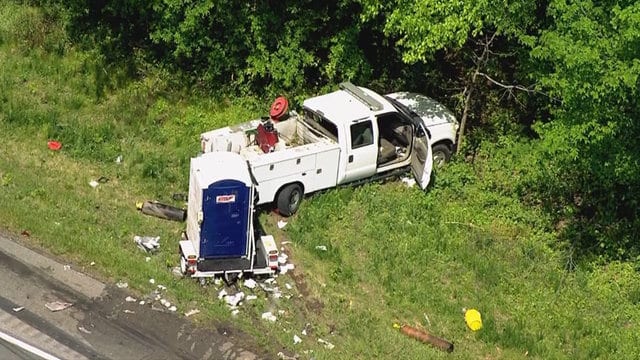 Posted in About Us, Truck Accidents