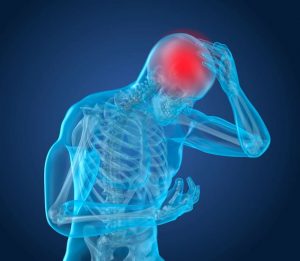 For 20 years or more, research has linked traumatic brain injury (TBI) with an increased risk of developing Alzheimer’s disease or any type of dementia in the years following a head injury. A group of researchers from the University of Arizona in the United States and College of Basic Medicine Jiamusi University in China undertook the challenge to conduct a systematic review and meta-analysis to estimate the effect of head injury and the risk of Alzheimer’s disease; Head Injury as a Risk Factor for Dementia and Alzheimer’s Disease. They analyzed the data from 32 studies between 1990 and 2015, which represented 2,013,197 individuals, 13,866 dementia events and 8,166 Alzheimer’s disease events. The pooled relative risk estimates showed that head injury significantly increased the risk of any dementia.

What is traumatic brain injury?

Traumatic brain injury results from a blow to the head, but it can also occur without any head injury when the body is subjected to deceleration forces as occurs in a car crash. Following the trauma, the individual will typically experience loss of consciousness for a few seconds or more but less than 30 minutes, they may experience amnesia, dizziness and feel disoriented. TBI can range in severity from mild to moderate to severe. TBI contributes to about 30% of injury-related deaths in the U.S. Those who survive TBI may deal with varying effects, including impaired thinking and memory, movement and sensation, personality changes and depression.

What is Alzheimer’s disease?

The Alzheimer’s Association defines Alzheimer’s disease as the most common form of dementia. It is a general term for memory loss and the loss of other cognitive abilities that interfere with everyday life, and it accounts for 60 to 80 percent of dementia cases.

Alzheimer’s is not a normal part of aging, it worsens over time and while there is no cure now, there are treatments for symptoms as the research into the disease continues.

Why might head trauma lead to an increased risk of dementia?

As we are learning from the cases of professional football players and members of the military who have experienced repeated concussions, these individuals seem to have a greater risk of developing a brain disorder called chronic traumatic encephalopathy (CTE) than those who have not suffered repeated head trauma.

Current research, per the Alzheimer’s Association, suggests a link between the changes in brain chemistry caused by TBI and the hallmark protein abnormalities (beta-amyloid and tau) linked to Alzheimer’s disease.

The need for future research

Everything that we are discussing here is the subject of medical and scientific research, and the answers to our questions today will likely change and evolve over time as scientists and researchers learn more about how the human brain works and how to facilitate healing when it has been injured.

It also points out the vital need for those who have sustained a head injury to seek medical care immediately and to follow up if they see new symptoms emerging days, weeks or months following the diagnosis of a concussion.

If you or a loved one has suffered a traumatic brain injury in a car crash or any other type of accident, you can talk with a caring Nashville TBI lawyer from the Rocky McElhaney Law Firm and receive sound advice and legal guidance.  You can call us at 615-425-2500 or fill out the contact form. Our Gladiators in Suits serve clients in Nashville, Hendersonville, and Knoxville.