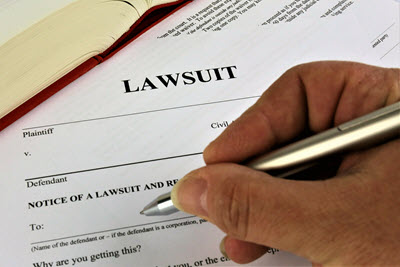 Robert Ring was a Social Studies teacher at Joe Shafer Middle School until 2019, when he was suspended for acting like a sexual predator with his students. He faced two counts of aggravated sexual battery and simple assault, which he pled down to aggravated assault. His plea deal helped him avoid prison for his crimes, and makes him eligible to expunge his record entirely in three years. The decision sparked protests by parents in Sumner County, who felt that the punishment was too lenient, and that justice had not been served.

They are right. That wasn’t justice. A predator walked free despite his systemic sexual assault of a child – assault that was ignored by the school until a courageous young student had endured enough of the humiliation and fear from the vile acts.

That is why the Rocky McElhaney Law Firm has filed a lawsuit on behalf of our clients, the “Doe” family, against the Sumner County Board of Education and middle school teacher Robert Ring for sexual assault, battery, and exploitation. If the criminal justice system cannot protect young children from sexual predators, then the civil justice system must.

Why we fight for survivors

Our client’s child was physically, emotionally, and psychologically traumatized by a sexual predator whose previous transgressions against other students went unchallenged and unpunished by the Sumner County Board of Education.

“The Sumner County Board of Ed failed their students and our client. This young victim was forced to suffer at the hands of an adult who should have been committed to the child’s safety. And now a sexual predator has avoided punishment, outside of community service and probation. Where is the justice in this?” – Penny McElhaney

Rocky McElhaney Law Firm has always fought to protect those whose voices were oppressed and unheard, and who were harmed by the actions of others. We have always gone after sexual predators with every ounce of fight we have, but we are more determined than ever to see justice served for this family. Victim Doe has suffered indescribable harm because of Robert Ring. We may not be able to change the past, but we will fight to give Victim Doe a better future. We will fight to hold Sumner County BoE accountable for the failures, and to ensure that nothing like this every happens again.

The Rocky McElhaney Law Firm will always fight to protect our clients. If your child was sexually assaulted by Robert Ring or by any person in authority, we want to help you seek justice. We provide safe and secure locations in which to discuss your case. All consultations are private, and you and your case will be treated with dignity and discretion. Call our office at 615-425-2500 or complete a contact form to schedule a consultation. We operate offices in Nashville, Hendersonville, Knoxville, and Clarksville.