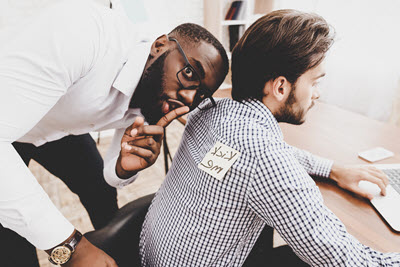 Pranks can be fun. Especially harmless ones. Putting jelly on a doorknob is hilarious. Laying a whoopie cushion down before someone sits is a barrel of laughs. But the TV show Jackass’ stars Steve-O and Chris Pontius take pranking to an extremely different and dangerous level. In one of their many pranks, the two jokesters decided to play with high-tension bungee cords and jet-skis. During this “prank,” a man was seriously injured, suffering from severe brain trauma that changed his life. That man now has a lawsuit against the reality television stars and is aiming to receive proper compensation for his pain and suffering.

Pranks are meant to make people laugh, but no one was laughing after this. In these situations, it’s a good idea to have a personal injury lawyer who can ensure that those at fault are held accountable for the harm they caused you.

What went wrong during filming?

In 2018, the defendants, Steve-O (Stephen Gilchrest Glover) and Chris Pontius, were filming a prank for their movie and TV series called Jackass. The plaintiff, Michael Vicéns-Segura, had been asked by a friend to use Vicéns-Segura’s jet skis for the filming of the production. Mr. Vicéns-Segura agreed. The stunt was to involve two jet skis playing tug-of-war with a bungee cord in the ocean. In attempting to make sure the equipment was properly secure during the prank, Vicéns-Segura was struck in the head as the bungee cord snapped from one of the jet skis.

Vicéns-Segura stated that he suffered life-altering conditions due to the traumatic brain injury (TBI) he had sustained during the accident. Mr. Vicéns-Segura stated that “he suffered brain bleeding, a blood clot in his brain, a C5/C6 herniated disk, and damaged nerves from his neck to his arms, which especially caused trouble using his right hand in the beginning. He said he required plastic surgery to his ear. Doctors performed a craniotomy on him to get the blood out.” He also claimed that thinking and speaking had become extremely difficult. More than that, the medicine he’d been prescribed to help treat these injuries went on to give him very dark thoughts, including thoughts of murdering his family. (He was quickly taken off that medicine.)

Not only was Vicéns-Segura severely injured, but he also could no longer perform his job as an air traffic controller and was left worrying whether he could pay his bills.

The defendants argued that Vicéns-Segura willingly participated in the filming of the prank, and that he’d put himself in the water between the two warring jet-skis without any of the crew or cast asking him to do so. In fact, Glover states that they had asked Vicéns-Segura to “get out of the way to clear the shot” before they began the stunt.

What is traumatic brain injury?

The brain is responsible for controlling everything in the body. From wiggling our fingers to pumping our heart, nothing does anything without the brain’s say-so. When the head hits, or is hit by, an object at force, it can cause severe damage to the brain. The damage can be caused by an open head injury or a closed head injury. An open head injury occurs when an object penetrates the brain; a closed head injury is when the brain is damaged but is not penetrated. Each of these types of TBIs can cause catastrophic outcomes.

When the head is struck, the brain can be violently jostled, causing it to violently collide with the skull. This can lead to internal bleeding and swelling of the brain. Symptoms that you may have from a TBI include dizziness, bouts of unconsciousness, nausea, headaches, confusion, trouble walking, and memory problems. These symptoms may come about immediately after the accident or may present hours or days later. If you think you have suffered a TBI, seek medical attention immediately.

Mr. Vicéns-Segura reportedly suffered from brain bleeds and brain clots, but there are several other conditions and complications that can arise from a TBI. Some of these complications include:

There are many more life altering complications that one can suffer from after a TBI, and they all could interfere with your life for months or years after the accident. Not only can they cause you physical and emotional distress, but they can also hinder your everyday living including causing you to lose your job or the ability to find joy in the things you used to.

The eponymous Jackasses, Steve-O and Chris Pontius, have performed many stunts and pranks in their entertainment career, often ending up injuring themselves in horrible and embarrassing ways. That is their choice. But when their pranks end up injuring someone who had not agreed to be part of the prank, that is where they truly earn their insulting name. Traumatic brain injuries are nothing to be laughed at, and can irrevocably change someone’s life forever, causing chronic pain and debilitating complications.

If you have suffered a traumatic brain injury due to someone’s gross negligence, it is critical that you seek out the advice of a Nashville traumatic brain injury lawyer. We at Rocky McElhaney Law Firm are experienced in handling these sorts of accidents and injuries, and we know how costly they can be. Let us help you to suffer less than you already are. To schedule a free initial consultation, call 615-425-2500, or fill out our contact form. We proudly serve our community through our offices in Nashville, Hendersonville, or Clarksville.