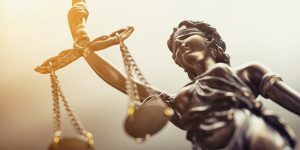 The Tennessee Civil Justice Act was made into a law in 2011 by Governor Haslam. It was a horrible law that served only to hurt the injured of Tennessee even more by placing damage caps on injury and medical malpractice lawsuits. The only people who benefited from the law were the people running the insurance companies, and thousands of injury victims throughout the state were denied the real compensation they needed to protect themselves and their families.

But there is a light at the end of this tunnel, and it comes in the form of a Chattanooga judge. According to the Tennessee Citizen Action Committee, a judge has described the Act as “an affront [to] diligent and hard-working [jurors and] a statement to them that they are not really needed.” The judge also pointed out that the Act “deprives society of a right to have justice dispensed in a manner [by a jury] on which it has traditionally relied and which it has traditionally demanded.”

We loathe the Act because it does further harm to the injured. The judge finds the Act unconstitutional because it denies people the right to a trial by jury of their peers.

What the law says

When it comes to damages, the law states that “in any health care liability action… in which liability is admitted or established, the damages awarded may include, in addition to other elements of damages authorized by law, actual economic losses incurred by the claimant by reason of the injury.” The most a person can collect in a personal injury or medical malpractice lawsuit is $750,000 in non-economic damages and up to $500,000 in punitive damages (if the defendant is proven to have acted “maliciously, intentionally, fraudulently or recklessly”).

The law also makes it difficult to successfully bring a lawsuit against people who sell and/or manufacturer defective medical devices or unsafe drugs, which is why Rocky McElhaney Law Firm is so proud of the work we have done on behalf of malpractice and product liability victims.

The judge may have other reasons for finding issue with the law, but anything that puts an end to it is good in our book. This Act has never been fair or just to anyone except for insurers, and if one Chattanooga judge can help get the ball rolling to bring down this law once and for all, we will do whatever we can to help.

We will be returning to this topic periodically, as (hopefully) more and more people take up the rallying call to end this law. We invite you to visit our site again to see those updates.

The Truth about Malpractice Costs, Right from the Doctor’s Mouth