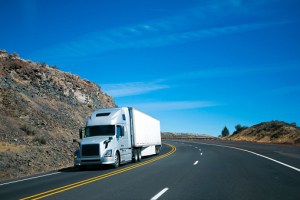 Traffic rules and regulations are put in place to help keep all drivers safe on our roads and highways, and when drivers violate those rules by making illegal u-turns crashes happen. Making a U-turn is a risky maneuver for the driver of any vehicle, but when the vehicle is a large, commercial truck they are putting themselves and other vehicles around them in grave danger.

According to the Federal Motor Carrier Safety Administration (FMCSA), there are about 11,000 truck crashes (8.0%) caused by a truck turning across path or into the path of another vehicle.

Here are a few reasons U-turns can be so dangerous for large, commercial trucks:

The trucking industry in general advocates prohibiting U-turns. If a trucking company is not going to forbid their drivers to make u-turns, they must make sure that their drivers are sufficiently trained in how to negotiate a U-turn safely and effectively.

In June 2016, a truck driver died in Texas when their truck, which was traveling east, made a U-turn and crashed into a truck that was traveling west on Highway 31. The fuel tank of one of the truck exploded trapping the driver in the truck. This is, of course, an extreme example of what can go wrong when large trucks make U-turns, but hopefully it serves as a stark reminder that making a U-turn is a dangerous maneuver.

Regardless of how careful a driver you are, you do not have control over the way the drivers around you behave behind the wheel. If you should become injured in a truck crash that was caused by the negligent behavior of another driver, you might be interested in speaking to an experienced Nashville truck accident attorney from the Rocky McElhaney Law Firm who will sit down with you and review your case.

If you or a loved one suffers an injury in a truck accident in Tennessee caused by another person’s negligence, you might benefit from having an experienced Nashville truck accident attorney in your corner who will fight for you. The Gladiators in Suits at the Rocky McElhaney Law Firm do just that on your behalf! We invite you to schedule your free consultation with and truck crash lawyer in our Nashville, Hendersonville or Knoxville office. Please call 615.246.5549 or fill out our contact form. Let us fight for your future.