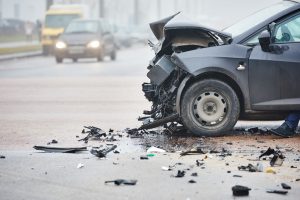 The Standard Bearer reported on March 16, 2017, that two people were hurt when three vehicles crashed on Highway 25/70 in Piedmont, Tennessee. The accident happened near Jasper Jones Auto Salvage Yard. The Tennessee Highway Patrol was called in to clear traffic and investigate the accident.

The investigation revealed the following facts:

Liability for the accident

In this type of auto accident case, a lot more evidence needs to be gathered to determine who was at fault. Generally, the person who makes a left-hand-turn does so at his or her own risk. They have to make sure traffic coming in front of them has passed or is far enough away that an accident wouldn’t occur. Investigations could reveal whether there was a traffic light or stop sign at the point of the left-hand turn.

Ms. McMahan may have been speeding. Investigators will normally start their accident review by looking for any skid marks. Mr. Brown, the driver of the Nissan Titan would appear to have a strong case against the two other drivers.

Comparative negligence may also be a factor in this type of case. Tennessee apportions fault depending on the percentage of liability of each party. This area of the law is quite complicated. As an example, a jury could find that the driver, Mr. Quiroz, of the Silverado was 66.67% (2/3) at fault and the driver, Ms. McMahan, of the min-van was 33.33% (1/3) at fault. In this scenario, Mr. Brown would collect 2/3 of the damage award from Mr. Quiroz’s insurance company and 1/3 from Ms. McMahan’s insurance company. Ms. McMahan would be entitled to 2/3 of any damage award – her award would be reduced by her 1/3 negligence.

The injured victims who were not at fault have the right to bring a personal injury action against the responsible parties. The damages they can claim include their physical pain, emotional suffering, hospital and doctor bills, the cost of transport to the UT Medical Center, and any other medical bills, such as medications and prosthetics, if needed. If the plaintiffs are unable to work, they could also demand payment for all of their lost wages.

At the Rocky McElhaney Law Firm, our Nashville auto wreck attorneys work aggressively to investigate the cause of the accident. We review the police reports, speak with all relevant witnesses, examine the accident site, and conduct extensive discovery. We may even have a traffic reconstruction expert review the accident. Please call our Gladiators in Suits at 615-425-2500 or complete our contact form to schedule an appointment with one of our Nashville, Hendersonville, and Knoxville lawyers.