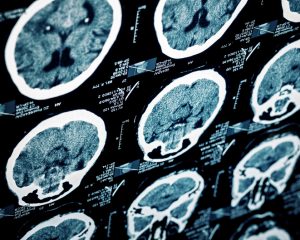 One of the positive benefits of all the attention on concussion and traumatic brain injury in NFL players, is that the public is becoming increasingly aware of the devastating and long-term effects TBI can inflict. Depression is one of the effects of a traumatic brain injury. Depression can show up weeks, months or even a year or more after the initial injury. The fact that TBI is often a hidden injury, can create a challenge when it comes to studying and understanding the condition.

A research study published in the Radiological Society of North America, analyzed the relationship between TBI and depression by comparing brain patterns among study participants who reported depression and anxiety as a result of a concussion and the brain patterns of participants who suffered concussion but reported no depression. Researchers used MRIs to detect abnormalities in the white matter of participants’ brains. The white matter are the fibers that allow signals to be transmitted throughout the brain. Dr. Lea M. Alhilali, assistant professor of radiology at the University of Pittsburgh Medical Center (UPMC) could find noticeable differences in the white matter of the brains of the two groups. The researchers feel that the findings of their study will help improve understanding of what can happen to people who have suffered a traumatic brain injury.

An Agency for Healthcare Research and Quality (AHRQ) study found that the prevalence of depression after traumatic brain injury was about 30 percent across multiple time points up to a year and even beyond that. The study concluded that depression after TBI can impair the quality of life and a person’s ability to function. Researchers recommended continued study to understand the causes, history and treatment of depression after TBI.

Causes of depression after a traumatic brain injury

Depending on the nature and severity of the head injury, an individual might have different long-term symptoms. The shakeup that happens to the delicate structures of the brain during the injury can damage the parts of the brain that control emotions, and damage to the neurotransmitters in the brain can also cause depression. If the TBI was one of several injuries resulting from the car accident or fall or whatever incident caused the injury, the injured person may develop depression out of a sense of hopelessness about their injury or prognosis, but it’s also possible that depression, even when it shows up after a traumatic brain injury, could be completely unrelated to the injury.

Those who have suffered from a TBI after a car accident, a fall or any incident that involved a blow to the head, should seek professional help if symptoms of depression appear following the injury. Depression does not simply resolve on its own like a cold or the flu. It requires medical treatment to prevent the possibility that the symptoms could grow worse. There is treatment available, but it is important to make sure that the medical practitioner has experience treating people suffering from TBI.

12 Things You Need to Know About Traumatic Brain Injury

Is there a Link Between Traumatic Brain Injury and Alzheimer’s Disease?

Did the reckless or negligent behavior of someone else cause your traumatic brain injury? If so, we invite you to seek justice with the help of the Rocky McElhaney Law Firm. Our Nashville traumatic brain injury lawyers are here to make sure that you obtain the compensation you will need to pay for ongoing medical care, plus reimburse you for your lost wages, property damage, and pain and suffering. You are welcome to call our Nashville, Hendersonville, or Knoxville office, call 615-425-2500 or complete our contact form today.