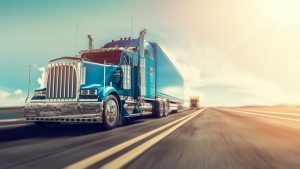 Some form of driver error is almost always the cause of truck accidents. Some accidents are caused by hazardous road conditions which are completely beyond the control of the truck driver. Factors such as storms and bad weather, animals darting out in front of them, and drivers of other vehicles that the truck driver must be aware of while they are driving, but the road on which they are driving plays a major role in their safety and the safety of the other drivers that they share the road with.

The United States has an extensive highway system with some of the longest, loneliest stretches of highway in the world. Some of those roads are hazardous. Whether the hazards are from the condition of the roads itself, the terrain, lack of roadway maintenance, and the flow of traffic, truck drivers have much to contend with as they traverse these roads every day to deliver the goods that Americans spend so much of their money on every day.

What are the most dangerous roads in Tennessee for truck drivers?

You might be wondering, which are the most dangerous roads in Tennessee? Well, you are about to find out.

What role does a hazardous roadway play in contributing to truck crashes?

When things like poor road design, and hazardous roadway conditions contribute to a truck accident, those who sustain injuries may be able to file a claim against the state, federal or local authorities who are responsible for the upkeep and maintenance of the road. Just think about it. Another clue that the roadway itself poses a hazard to motorists is when accidents keep happening at the same spot on the highway. Some examples of common road defects that can cause traffic crashes include:

When you are driving on public roads and highways, the last thing you want to be worried about is whether the roads are being properly maintained. If you or someone you care about suffered an injury in a truck accident that could have been a result of a hazardous road condition, you may want to consult with a knowledgeable Nashville truck accident attorney about your case.

If you or a loved one was injured in a truck accident in Tennessee, contact our Gladiators in Suits at Rocky McElhaney Law Firm. Our Nashville truck accident lawyers are here to fight for your right to fair compensation when you have suffered a serious injury in a truck crash. You are encouraged to call us at 615-425-2500 or use our contact form to make an appointment at our Nashville, Hendersonville, and Knoxville.