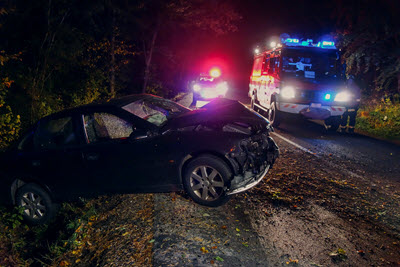 After physically treating victims of serious accidents, some hospitals follow up with a vicious debt collecting practice that preys on the livelihood of the very same patients they previously saved. The practice of using lien laws is over 100 years old, and dates to a time when less than 10% of Americans had health insurance. What started as a means to protect hospitals from the financial repercussions from treating the uninsured has morphed into a modern-day money-making scheme that, in some cases, aims to continue despite patient coverage.

What are lien laws and how are they used?

A lien is a legal claim against an asset such as personal property which is used as collateral to satisfy a debt. Most commonly, this translates to a home, a car, or sometimes in this situation, an accident settlement. When hospitals go around coverage, they can avoid steep insurance discounts and go after the full charge of their services. This is no small feat, as it can be an enormous jump from an insured medical bill to an uninsured charge. Hospitals looking to manage their own financial woes may maneuver around the law and utilize liens to drain patients’ assets.

A New York Times article highlighting the issue states “a century later, hospital liens are most commonly used to pursue debts from car accident victims.” The worst part? They go on to say that the practice of pursuing liens can be so lucrative for hospitals that in some cases, they utilize debt collection companies to search police records on recent car accidents. After they identify the patients, they treat who have been in wrecks, they can go after them using liens.

Car accidents can cause some of the most damaging injuries and some of the most expensive medical procedures. And many times, the victim was not at fault in the accident – not that these hospitals pay any mind to that. If they want to go after a patients’ assets to collect on debt, they will do so aggressively.

Local hospital, Tennova Healthcare Clarksville, has sued 750 patients this year alone. The hospital was acquired by financially struggling Community Health Systems in 2010. During the pandemic, they received nearly a quarter billion dollars in federal funds towards their 86 hospitals in a bailout aimed to help hospitals financially recover. It must not have been enough for Tennova. Now hundreds of former patients are being sued for staggering amounts in an effort by the hospital to regain financial stability.

Accident victim and former patient, Jeremy Greenbaum, was hoping for his own stability after he suffered an injury from an automobile crash in 2019. He told the New York Times, however, that Tennova Healthcare Clarksville refused to bill both his Medicare and veterans insurance after a car accident left an aggravated injury on an old combat wound. They decided to file liens against the full price of his care instead. Greenbaum added “I could cut off a finger and the V.A. would cover it; the insurance is just that good.” Angry and confused as to how these lien laws worked, Greenbaum felt lost. Not to mention the consistent and nagging collection calls that followed which just put salt on his wound.

While Tennova is currently under investigation for their practice of suing patients, lien laws in Tennessee remain in effect. TN Code § 29-22-102 (2019) states that hospitals must file a verified statement at the county circuit court within 120 days of a patient’s discharge. There is the option for patients to contest a lien, but the request must be heard in and approved by the court. For many patients, the intricacies of these laws are a mystery. Comprehending the laws surrounding liens and how hospitals can utilize them to come after former patients is not easy. This is why hiring a lawyer to help you navigate after an injury is so important.

Why it is so valuable to hire a lawyer after a serious accident?

If you have been seriously injured in a car accident or other event, the first step is always to seek appropriate medical attention and prioritize your health and safety. But what happens when you follow the rules, yet the hospital wants to go around your insurance? This is where experienced legal guidance can be invaluable. There is nothing that hits closer to home than health and finances. When you’re being threatened by both back-to-back, it can be completely overwhelming and nearly impossible to successfully navigate.

The simplest way to avoid unnecessary hardship from an accident is to be proactive. As soon as you are able, contact a dedicated lawyer who will act as a strong legal advocate on your behalf. An experienced car accident attorney will aid in everything from evidence compilation, fighting for your insurance claims, connecting you to a network of resources, and of course, legal representation and advice. Beyond that, a lawyer will help you stand up against giants like the hospital’s legal defense and debt collections teams. If you want your rights defended, don’t delay in hiring an accident attorney.

At Rocky McElhaney Law Firm, our team of Nashville car accident attorneys work to level the playing field for our clients. We fight for the rights of accident victims and have the resources and ability to battle against large hospitals and insurance companies. Don’t let yourself suffer again financially after a serious injury. Our experienced Nashville car accident lawyers are ready to provide you with the representation you need and the results you want. Call Rocky at 615-425-2500 or contact the firm online to schedule an initial consultation. We proudly represent clients throughout Nashville, Hendersonville, and Clarksville, Tennessee.