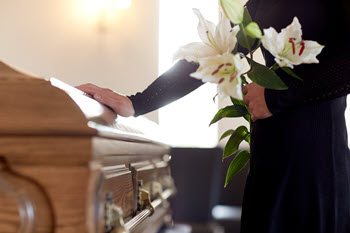 Here at Rocky McElhaney Law Firm, we recently resolved two wrongful death claims.  Both were tragic stories, and the way the law directs us to divide up the money struck me as very interesting given that they both resolved around the same time.  One involved an 18 year-old young man and the other involved a 74 year-old father and grandfather.  In both cases, we were able to make a recovery for their surviving families.  Tennessee law dictates how the money we recovered is disbursed to the surviving family members, and these two cases illustrate that depending on the facts the disbursal of a wrongful death settlement or judgment can seem very just in one situation, and make you scratch your head in another.

In Tennessee, the money from a wrongful death settlement or judgment is divided according to the law of intestate succession.  Intestate means “without a valid will”, so the money is divided by those long standing rules and does not take into account a surviving relative’s individual loss.

In the case with our 74 year-old grandfather, he left behind his wife, daughter, and two grandsons.  Tennessee law dictates that the funds we recovered in that case are split 50/50 between the surviving spouse and child.  In this case, the family was satisfied with that, as the family remains quite close and has gone through this ordeal together.  The surviving spouse and her daughter have a great relationship and both were a big part of the deceased client’s day to day life.

However, in our other case, the result was different.  The deceased 18 year-old was not married, and left no children.  In that case, the money is split 50/50 between the parents.  What might make someone scratch their head is that the deceased’s parents were divorced, and had been for some time.  In fact, the father lives out of state and had not seen his son in quite some time before our client died.  In 1995, the Tennessee Court of Appeals confirmed in Mangrum v. Owens that divorced noncustodial parents are entitled to share equally in funds recovered as a result of wrongful death of a child.  However, there is a Tennessee Statute (Tenn. Code. Ann §20-5-107(c)) that provides that “a parent who has intentionally refused or neglected to pay any support for a child for a two-year period, or for the life of the child, whichever is less, when subject to a court order requiring the payment of child support and who has intentionally refused or neglected to contact the child or exercise visitation during such period” cannot recover wrongful death proceeds.  So in our case, even though the father had not seen his son for some time, because he paid the child support he was required to pay, he is still entitled to a 50% share of the net proceeds we recovered.

Don't try to handle the death of a loved one alone. Call Rocky McElhaney and get the support you deserve.

The death of a loved one is always difficult to deal with, even more so when it is unexpected.  Navigating the laws regarding the proceeds of a wrongful death claim can make the process even more trying.  It is not something you need to go through alone.  Representing the families of people who have been killed as the result of a car wreck, a defective product, or medical malpractice is what we do here at Rocky Law Firm.   We make sure that  responsible parties pay for their actions (or in-actions), and also help our clients understand the rules about how the proceeds must be divided.  If you or someone you know has lost a family member, give us a call.  Don’t settle for less.