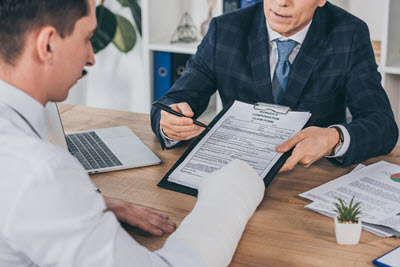 So, you’ve settled your workers’ compensation claim.  The insurance company has paid you, and they agreed in writing that you keep your right to future medical treatment with your authorized doctor (so long as the treatment is related to your work injury).  Now, down the road a month, a year, or a decade later, the insurance company isn’t playing by the rules any longer.  What gives?

Why do the insurance companies deny future medical treatment?

In the past few years, I’ve seen many different reasons given by insurance companies for their denial of treatment.  From “there had to be a new injury” to “that medication is too addictive”, I’ve seen just about every excuse an insurance company can come up with to try and cut off treatment to people who need it.

Is the insurance company always right?

No. The first thing you need to know is that just because the insurance company is denying your treatment does not mean they are in the right.  Don’t just throw in the towel and accept the insurance company’s decision.  I’ve seen multiple insurance companies try to claim that my client suffered a new injury that would cut off treatment, but when we got the doctor’s opinion, it became very clear that the client had just suffered a flare up which needed to be covered under the workers’ compensation settlement.

How long does it take to sort out wrongful denials of future medical treatment?

While some wrongful denials can be sorted out with a single phone call, fixing a wrongful denial can take some time.  For example, last year Rocky and I resolved a denied future medical issue that lasted almost 1,000 days.  A man initially injured his knee and had surgery shortly thereafter.  He eventually went to work for a new employer, and by that time, his knee was hurting him again.  His doctor ordered a MRI and determined that he needed another knee surgery.  The insurance company denied the surgery.  We ended up having to take depositions of two doctors as well as our client and have multiple hearings.  In the end, we were successful in proving that the need for surgery was related to the initial injury, but it took time.  That case took longer than any other future medical issue we’ve handled in recent memory, but not every denial can be fixed immediately.  It might take more than a few weeks to get everything ironed out.

How can a workers' compensation attorney help me?

You don’t have to fight the insurance company alone.  Just because your case resolved doesn’t mean you can’t call us back up to help when the insurance company tries to get out of its responsibilities.  I’ve had people call with a wrongful denial issue a few months after their case resolved, and I’ve had people call eight years after Rocky resolved their case.  To us, it doesn’t matter if we haven’t talked to you in a while.  It doesn’t even matter if we didn’t represent you in your case the first time around.  Right now, we’re helping a gentleman who settled his case with the help of another attorney.  That attorney wouldn’t help him when the insurance company started denying his prescriptions that the doctors had ordered for years, so he called us.