Did you know that Direct-to-Consumer (DTC) pharmaceutical drug advertising is banned in all other countries except the United States, New Zealand and Canada? The US makes up 5% of the world’s population but accounts for 42% of global prescription drug spending. Coincidence?  I think not.  Catchy and memorable prescription drug television ads targeting consumers have become a necessity for drug companies as they are a major revenue generator for otherwise unknown Rx drug releases into the market. In 2000, The World Health Organization (WHO) stated, “Advertisements to the general public should… not generally be permitted for prescription drugs.” 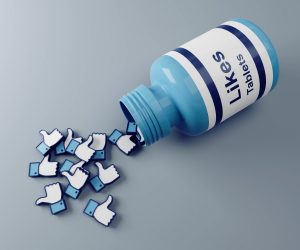 Many DTC prescription drug ads are designed to target individuals above the recommended 8th grade reading level for mass-distributed information, meaning many consumers cannot understand the information presented. According to a study published in the September 2013 issue of Journal of General Internal Medicine, 60% of claims made in DTC prescription drug ads aired from 2008 to 2010 “left out important information, exaggerated information, provided opinions, or made meaningless associations with lifestyles.” The study found 43% of the claims in DTC drug ads were “objectively true” while 55% were “potentially misleading”and 2% were “false.”

DTC Drug Ads Invite Consumers to Be Their Own Doctors

“94% of oncology nurse practitioners surveyed for an article published in the Journal of Clinical Oncology had a patient request an advertised drug, 74% had a patient request an inappropriate drug, and 43% responded that they felt pressured to prescribe the inappropriate drug.  Over half of requests for prescription drugs seen in DTC ads were honored by doctors,” as stated by www.PrescriptionDrugs.org

Drug companies know that these memorable ads will stick in the minds of consumers and have them asking their doctors about these drugs. Even worse, consumers may self-diagnose based on the ads before consulting with a doctor.  So by the time these individuals see their doctor, they’ve already seen the drug commercial, googled what they think they have, googled the drug, learned which symptoms generally merit the use of the drug, and without proper consultation walk into their doctor’s office convinced that they have a certain health concern that can be helped by a particular drug they’ve seen on tv.

Big Pharma Gets Us Coming and Going

Sure, we’ve all heard the stories about pharmaceutical reps wining and dining medical professionals with surf n’ turf dinners and affording them all-expense paid lavish trips in order “persuade” them to prescribe the next new, “life-changing” drug  to every patient that they possible can, but there are new statistics that point trends in the other direction as well.

This may seem hard to believe but there are many examples of trends where the consumer market has consistently “pill-pushed” medical professionals toward prescribing a particular drug to meet their needs. One of which was the widely advertised Rx drug, Vioxx.  Because of the  big advertising push it was also widely requested by patients, and widely prescribed from 1999 to 2004 for arthritis and pain relief before being withdrawn from the market for causing strokes and heart attacks. Vioxx was listed as the primary cause of death in 4,540 people from January 1, 1999 to June 30, 2005.  Many of those deaths may not have occurred had those individuals not seen any ads coaxing them into “talking to their doctor about Vioxx.”

Which leads us to our our next point…

When patients are convinced a certain drug will solve their problems and request it from their doctor, and are denied the prescription, patients often mistrust the advice of the medical professional.  Patients become quickly disappointed and rather than viewing their doctor as a learned intermediary between themselves and solid, standardized, health advice, many ignore the advice and seek a new doctor who will prescribe the drug and satisfy their unfound request. 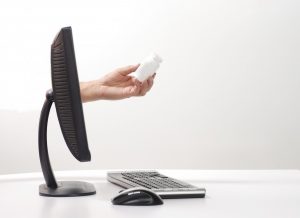 According to PrescriptionDrugs.org another menacing ethical issue associated with DTC ads is that, “conditions and bodily functions are medicalized and stigmatized by DTC prescription drug ads. DTC prescription drug ads tell consumers that normal attributes, such as thinner eyelashes, or normal aging processes, such as lower testosterone levels and wrinkles, are medical conditions that need to be remedied with drugs. DTC ads create the idea that normal conditions are ‘bad’ resulting in the stigmatization of non-problematic conditions.”

For example, Latisse is advertised for thin eyelashes, Botox’s label use is to prevent and reduce and “treat” wrinkles, and AndroGel is marketed for “LowT” or low testosterone resulting in erectile dysfunction and other conditions. Ads for “Low T” drugs include statements like, ‘Some men may think loss of energy is just a part of aging. However, low energy may not just be a sign of getting older—it may also be a symptom of Low T.’“  Now, for most men, low testosterone is a natural result of the aging process.  But thoughtful marketing semantics would have you believe that it’s a whole other “problematic” issue entirely which requires remedy to be “normal” and “up to par” at an age when most men do experience a certain “slowing down.”  This commercial’s statement is circular- it says absolutely nothing but most consumers hear a very real call-to-action about preventing or helping this brand new condition called “Low-T.”

When surveyed, a stupefying number of consumers believe that if something wasn’t legit or considered a safe product for use by the public that it wouldn’t make it onto mainstream television.  The other side of that coin is that despite the long list of side effects at the end of DTC commercials and the sometimes open references to other possible side-effects like “these may not be all the possible side-effects associated with this drug,” 50% of consumers assume that products and drugs promoted on television ads have been fully tested, that all safety information is known, and that DTC ads have been approved by the FDA before airing.  Unfortunately, this couldn’t be farther from the truth.  Between the 1970s and 2014, at least 35 drugs were pulled from the market, most for safety concerns. In September 2006 an Institute of Medicine report recommended that DTC advertising be banned for new drugs for the first two years that the drug is on the market to protect consumers from the lapse in knowledge of what is known about the drug and what is not known.

Why We’re So Concerned

Anytime profits come before the people, people get hurt.  The fact is that any prescription drug can be dangerous to a person’s health if it has been mis-prescribed or prescribed for a non-FDA approved off-label use, when the drug maker has been negligent in providing consumers and/or medical professionals with associated safety concerns, or when medical professionals have been negligent in not disclosing available safety concerns to their patients. Thousands of people have lost their lives after requesting and being prescribed drugs they’ve seen on television. Many more have died because of hasty FDA approval, inadequate clinical tests, and little known side effects causing serious injury and fatal complications.  Drug companies need to be held accountable.

If you have suffered a serious injury or illness as a result of a dangerous drug or recalled prescription drug or have lost a loved one due to complications from one, don’t delay– call the experienced dangerous and defective drug attorneys at the Rocky McElhaney Law Firm. Don’t take on the pharmaceutical companies by yourself.  Count on a law firm that cares and fights for your best interests. Our Gladiators in Suits go toe to toe with big insurance companies and take home life-changing recoveries for deserving injury victims everyday.  We fight for you!  (615) 425-2500