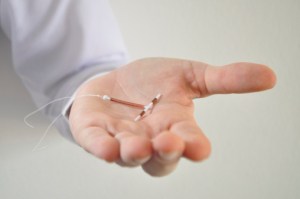 The Essure Permanent Birth Control System is a non-hormonal form of permanent birth control that is sold by Bayer in the form of a titanium coil that is implanted in a woman’s fallopian tubes. The Essure procedure was approved by the U.S. Food and Drug Administration (FDA) in 2002, when it was owned by the company that created the device, Conceptus, Inc. Bayer, Inc. bought the company in 2013 for $1.1 billion and continued to market Essure as a nonreversible, alternative to tubal libation. The procedure can usually be performed without general anesthesia in a doctor’s office.

Despite the fact that the company has five-year clinical study data that proves Essure is 100 percent effective in the prevention of pregnancy, there are thousands of women who have suffered injuries, death, the death of their unborn children and ongoing medical complications after having had the Essure procedure. The tiny metal coils that make up the device can break apart, migrate out of a woman’s fallopian tubes and cause pain, bleeding and other complications.

In August 2016, Judge Winifred Y. Smith in the Superior Court of California, County of Alameda issued a decision which would allow the claims of 14 women who believe that they have suffered injury from the Essure implant to proceed with their lawsuits against Bayer.

For its part, Bayer asserted that the product is immune from lawsuits due to its status as a Class III medical device which was approved by the FDA. Judge Smith found that the plaintiffs could proceed with their causes of action with regard to:

In September 2015, the U.S. Department of Health and Human Services hosted an Obstetrics and Gynecology Devices Panel of the Medical Devices advisory committee meeting to hear expert scientific and clinical opinions on the benefits and risks of the Essure procedure, and they wanted to hear from women who have used the device. In response to the meeting the FDA took the following actions:

Congressman Mike Fitzpatrick introduced legislation in 2015 calling for the removal of Essure from the market, claiming that the product is responsible for the deaths of four women and five unborn babies and for the ongoing health problems experienced by thousands of women who have had the procedure. Some women have reported having lost hair, teeth, experiencing pelvic pain, bleeding, migraines and perforated organs. The FDA has reported 5,000 adverse events related to the Essure product.

Women who have suffered injuries or suffered adverse events after having had the Essure procedure, you can contact a knowledgeable Nashville defective medical device attorney from the Rocky McElhaney Law Firm to discuss your case. Don’t try to do battle with the big drug companies on your own. Put a legal gladiator in your corner today! We fight for you! Please call 615-425-2500 or fill out our contact form to schedule a free consultation at our office in Nashville, Hendersonville or Knoxville.

Should Prescription Drugs be Advertised Directly to Consumers?