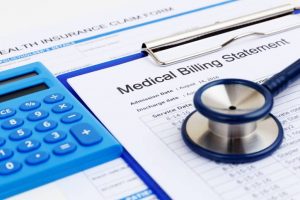 A recent Tennessee Supreme Court decision (Jean Dedmon v. Debbie Steelman, et al.) made clear that a plaintiff’s lawyer can introduce hospital, doctor, and other medical bills based on the initial amount the medical care provider charged, and not the discounted amount an insurance company paid. The difference is critical because many juries, judges, and arbitrators base the amount of pain and suffering victims have on the dollar amount of their medical bills. Additionally, the lower amount also means insurance companies pay less than what is really owed – thus hurting the medical provider.

Confusion about which bills (the original bills or the discounted bills) could be introduced in personal injury cases began with another Tennessee case, West v. Shelby County Healthcare Corporation.  In that case, the hospital sought to obtain a lien against a patient who had not paid the hospital for medical services. A lien is essentially a security interest in a person’s property to ensure that a debt is paid.

The West decision held that the hospital could only obtain a lien for the discounted amount – the amount hospitals routinely accept from insurance companies. The Supreme Court based their decision on their interpretation of Tennessee’s lien laws.

Insurance companies then tried to use the West decision to limit the amount of medical claims submitted in personal injury cases to the discounted amount.

The Supreme Court also denied an effort by insurance companies to argue that medical services should be reviewed based on the fair market value of the services – a backdoor way of arguing that just the discounted rates should be introduced. The Supreme Court rejected the fair market value approach. It held that if the defendant did not pay the plaintiff’s medical bills, the discounted amount cannot be used. Additionally, the Supreme Court ruled, the defendant cannot mention that a plaintiff has insurance because it might prejudice the jury into thinking the plaintiff was already compensated for their injuries.

At the Rocky McElhaney Law Firm, our personal injuries contest every attempt by insurance companies to deny your claim or to reduce the amount of damages that you are due. Our Gladiators in Suits fight to get accident victims and the families of deceased victims every dollar they deserve. To talk with a truck accident lawyer in Nashville, Hendersonville, or Knoxville, please call us at 615-425-2500 or complete our contact form to make an appointment. We represent plaintiffs on a contingency fee basis.