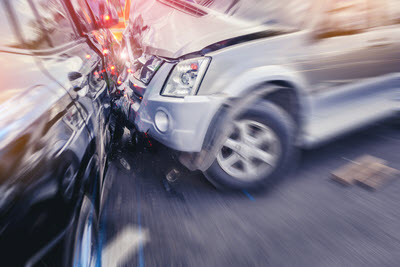 Serious injuries suffered in car accidents that involve cases of disputed liability, often involve a lawyer having to hire an expert to put the pieces back together to give a visual of what happened in the wreck.  And although experts often charge a substantial fee, your attorney will not retain one unless it will add value to your case. An expert may be necessary if:

1.  It will improve or prove your case against the other party; and

2.  It makes sense financially considering your potential recovery and damages.

Consider this example, another driver claims that their brakes went out, causing them to hit you from behind and you suffer serious and life-altering injuries.

Your case instantly gets more difficult, and without an attorney, you no longer have the same leverage you thought you had as the victim in a wreck.

An Accident Reconstructionist can figure out the path of travel of both vehicles, the speed of both vehicles before and at the time of impact and whether his vehicle did in fact malfunction. To compile their analysis the Reconstructionist will utilize information from the police report, witness statements and any statements made by yourself and the at-fault driver, images taken of the scene and of your injuries, measurements from the scene itself, airbag deployment data, weather and traffic reports, and even archived historical data from the exact spot where the accident occurred (like if it is a location has a higher than normal incidence of automobile wrecks reported over time- and what caused those wrecks).

From this information, let’s just say that reconstructionist was able to opine that more likely than not, the at-fault party was driving above the speed limit and that the at-fault party’s brakes did not fail- in fact, the reconstructionist was able to prove that they were never depressed before the collision. This may put the ball back in your attorney’s court when attempting to negotiate a fair settlement, because the at-fault party’s insurance company knows that this information can paint a very unsympathetic and unappealing case for their insured to a jury at trial.

A real reconstructionist is usually a former law enforcement official or an engineer; sometimes both. The Accreditation Commission for Traffic Accident Reconstruction (ACTAR) is the most widely-recognized commission for reconstructionists, and has more than 1200 members throughout the world. The accreditation is granted to those who continue their education and pass a number of tests revolving around the science of safety.

A reconstructionist can help make a complicated and difficult case easier to understand by providing a visual of what happened, how it happened and the damage caused as a result. If you or someone you know has been injured in a wreck, call us at the Rocky McElhaney Law Firm today at 615-425-2500 to see if we can help.  At our firm, we pride ourselves on doing everything it takes to get our clients the maximum recovery for their injuries.  We fight for you.