Often under-publicized and under-appreciated, TDOT’s Highway Incident Response Unit, is one of Tennessee’s most dangerous and heroic public service professions.  Here are some interesting facts about our state’s courageous, road-wise wranglers.

Established in 2000, these heavily trained highway responders (who, as a requirement, are also certified as emergency medical “First Responders”) fall under TDOT‘s umbrella of services called “highway incident management.“   According to TDOT,

“The incident responders program (which started first in Nashville and Knoxville) became known as “HELP” and drivers initially roamed the highways on weekdays from early morning to 8:00 p.m. In September 2001, service was expanded to include Chattanooga and Memphis and drivers worked seven days a week with longer hours.”

“Move Over” It’s the Law

The bright lime-yellow trucks or TDOT pickup trucks you might see all over metro areas are actually designated emergency vehicles.  Just as it’s the law to “Move Over” for a fire truck or police officer with lights and sirens, the rule is the same for these vehicles.

On a typical drive in or out of the city it isn’t uncommon to see at least one or two of these trucks preforming at least one of the average 8.5 daily rescues of stranded motorists.  But their work doesn’t stop there.  Sometimes HELP responders are responsible for single-handedly managing major traffic incidents and ensuring injured parties receive the necessary first-aid and emergency medical assistance they need while waiting for EMS personnel.  They do all this while helping to secure the scene and funnel traffic around the wreck.

The trucks are four-wheel drive and are equipped to quickly push, pull, or drag disabled vehicles from travel lanes.  Many times, when neither the police nor the ambulances are able to reach a crash scene, these trucks, equipped with essential towing gear, are able to get in there and drag vehicles and even semi-tractor-trailers to the shoulder of the road, freeing the flow of traffic for all motorists, especially the needed ambulances.

The High Cost of This Dangerous Job

Queue—is defined by TDOT as when traffic backs up after an incident or crash.  The “Protect the Queue” program is designed help funnel traffic around wrecks and it does this by assembling TDOT’s emergency trucks into position behind an incident or crash to alert and warn drivers.  The trucks are also equipped with flashing lights and digital message boards which help to quickly make drivers aware that traffic is slowing in front of them and to slow down to protect those on scene.

On September 4, 2014 two men in a white TDOT “Queue” truck were moving slowing in the right lane on I-24 in Coffee County to alert drivers of an incident ahead. A tractor-trailer truck driver not paying attention plowed into the pickup and pushed it a rock wall.  The two TDOT workers were seriously injured in the wreck.  They were life-flighted from Manchester, Tennessee to Vanderbilt Hospital in Nashville in critical condition.  Thankfully, both men were wearing their seatbelts.

Sadly, other TDOT workers have not been so lucky.  Many TDOT incident responders have been killed in the line of duty or left with life-altering and debilitating injuries.  From 1999 to June of 2005 there were 16 responders who were injured on the job in Nashville, 14 in Knoxville, 6 in Memphis, and 4 in Chattanooga. 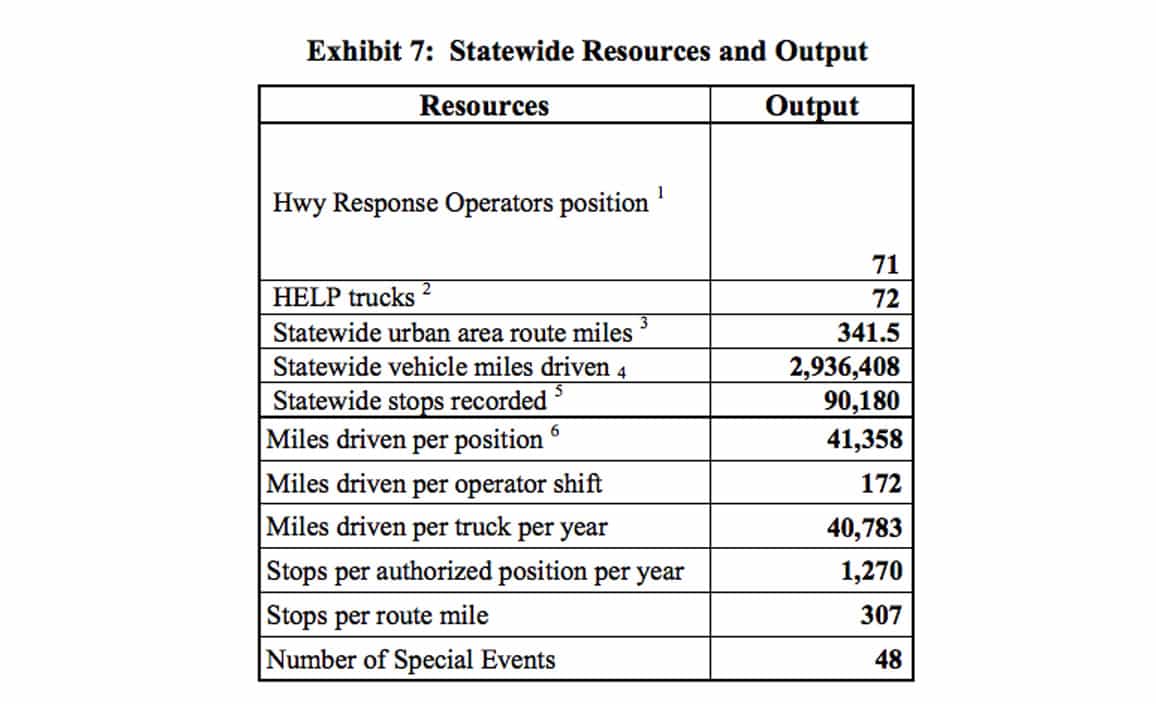 We can’t tell you that.  We’re not holding out.  We just don’t know either because TDOT does not give it out.  Their communications department’s response to this question was that if they gave out the number, they would simply be responding to lots of “little things” which would hamper their ability to take care of the “big things” (like accidents and traffic flow).  We also found out that they do not respond to personal service calls from individuals and that they only answer to and respond to service calls from the Highway Patrol and/or the local Police Department.

The TDOT communications department urges anyone with any kind of possibly dangerous situation involving a stalled or disabled vehicle to call the Tennessee Highway Patrol at (615) 741-2060 or your local police department.  Of course, if there are injuries and/or any significant threat to your safety, call 911 immediately.

What About Language Barriers?

No They’re Not AAA, But Keep Your Money Anyway

Helping push vehicles out of the way and controlling and funneling traffic is the number one reason why people count on the services of HELP.  Flat tires and broken down cars that are out of gas are the number two and three reasons.   You might be wondering why TDOT doesn’t start charging you for the gallon of gas they give you or charge you for changing your tire, as they would clearly make a bundle.

This plan was in fact considered.  In this very “money first-people last” world the reason it was voted down might surprise you.  TDOT decided that charging motorists for services such as changing tires or providing fuel would require the “HELP operators to have to handle cash or prepare an invoice for the motorist, extending the time of exposure to hazardous circumstances for both the HELP operator and the motorist. Likewise, other motorists would be distracted for a longer period, with the associated disruption of traffic and risks of secondary crashes. Further, some motorists might want to refuse the service if a fee were charged, causing continued delays and hazards for others. Finally, the administrative costs of collecting, securing, depositing, and accounting for payments and bills could easily exceed the amounts received,” noted p. 38 of the 2013-2014 TDOT Help Program and Transportation Management Centers Annual Operations Report.

TDOT believes that the public interest is best served by clearing the roadway and getting stranded motorists back on their way as quickly as possible. I don’t know about you, but at Rocky Law Firm, we really appreciate the fact that this organization decided to put the safety of its employees and motorists first on this matter.   That way, the “Big Yellow” heroes can stay on the move doing their thing and so can Tennessee’s highways.

From day one, it has been our mission at Rocky McElhaney Law Firm to always serve the people not the powerful, never to put profits over people, never to leave money on the table or accept anything less than the maximum recovery for our clients.  If you’re hurt in wreck or suffer a life-changing injury because of someone’s carelessness, you need a lawyer who is a real fighter.  You need a lawyer who cares about the outcome for you, and knows how a fair settlement could significantly impact your life.  There’s only one firm in Nashville and in all of Tennessee that truly upholds this standard with every client, and Rocky Law Firm. We fight for you.  (615) 425-2500

Call today for a free consultation, no fees until we win your case!