Okay, so you’ve been in an accident. Your car is wrecked, and you have sustained injuries. Your insurance company is offering you a settlement, but should you take it? Before you do anything, there are some questions you should consider with your lawyers when considering the settlement: 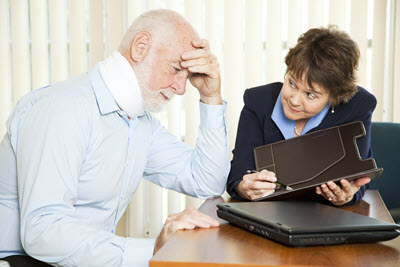 These are important to consider and know the answers to before you agree to anything, as insurance companies do everything they can to pay the least amount possible.

Insurance companies frequently try to force victims to settle quickly to avoid responsibility for injuries that may arise in the future. For example, many brain injuries cannot be diagnosed until months after an injury occurs. These companies take advantage of the fact that families may need money to help care for the victim and pay bills, and quickly offer settlements to avoid paying a much greater amount in the future.

Watch the whole video, The Right Lawyer for My Personal Injury Claim, here.

Are injuries covered by a settlement in Tennessee?

One of the most important points to consider before agreeing to a settlement is whether it’ll cover the costs of the medical bills you accrued and will possibly continue to accrue. Even a “minor” accident can cost you a significant amount of money in medical bills and expenses, and severe injuries will cost more:

The medical costs of being in a car accident can be tens of thousands of dollars or more. Hospital stays average $4,000 a day, and if you have severe injuries, you may be in the hospital for an extended period of time…. The average cost for car accident emergency room visits in the U.S specifically is $3,300, which is substantially higher than the average overall ER visit. The average cost of hospitalization for a car accident victim is $57,000.

That’s a substantial amount of money, and that’s only for the hospital stay. It may not include things like specialists, consults, or surgeries, let alone rehabilitation or therapy. So, it’s important to make sure the settlement covers all that, and any future medical costs as well.

Now that we’ve considered the costs of physical injuries, it’s important to think about the emotional and mental trauma received from this accident. Being in a car accident is a harrowing experience. “Motor vehicle accidents (MVAs) are the leading cause of post-traumatic stress disorder (PTSD) in the general population. Each year, there are an estimated six million MVAs in the United States, resulting in over 2.5 million injuries. According to a National Institute of Mental Health (NIMH) study, 39.2% of MVA survivors develop PTSD.” That’s a shocking statistic, and one we need to take seriously when considering the damages covered by your insurance in the possible settlement.

Are property losses covered by a car accident settlement?

Of course, there’s the property damages we need to consider when faced with a settlement:

Now, when considering what’s covered, we should ask if everything that was damaged is in the settlement. It’s not good if the insurance company is only going to pay for part of your damages if your whole vehicle was destroyed in a catastrophic accident. Not only should the damage to the vehicle be covered, but any property that was inside the vehicle that was damaged as well. These things can be anything from laptops and phones to headphones and other belongings.

Can I collect punitive damages in a car accident settlement?

What are punitive damages? “Punitive damages are considered punishment and are typically awarded at the court's discretion when the defendant's behavior is found to be especially harmful.” That’s the legal definition, but what does that mean for you when you’re not even in court? In the context of a car accident, if you were the victim of a collision where another party was found at fault, and they caused you grievous injury through reckless or illegal behaviors, then you may be entitled to additional compensation. Some insurance companies might attempt to deny punitive damages, so it’s critical to speak with your lawyer before accepting a deal.

As you can see, it’s a lot of work when dealing with insurance companies and any settlements they might offer you. That’s why you should consider finding yourself a lawyer if you are ever in this situation. They are there to make this process fair and easy for you. If you live in Tennessee, make sure you get every penny you deserve by calling the Rocky McElhaney Law Firm at 615-425-2500 or by filling out the contact form, and scheduling a consultation at one of the offices in Nashville, Hendersonville, and Clarksville.