Discussing fatality rates in children and adolescents isn’t an easy conversation, but the more you know about the risks, the more able you are to prepare and protect your family from dangerous situations. Teenagers are in a risk category all by themselves; they’re beginning to experience the world as independent people without the benefit of experience in risk assessment. 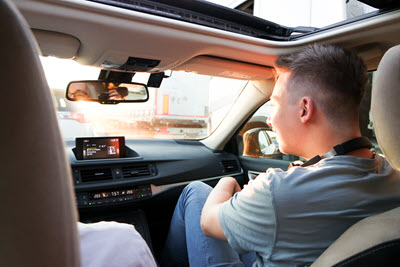 Unfortunately, a teenagers’ lack of experience means that they often unknowingly place themselves in high-risk situations. Tragically, these situations result in injuries or fatalities that are caused by others simply by virtue of being in the wrong place at the wrong time. In most cases, however, injuries or fatalities are avoidable when all parties are exercising good judgement and following the rules. When a teenager is killed because of someone else’s negligence, their family can and should file a wrongful death claim.

What are the common causes of fatal injuries in teens?

A 2018 study published in The New England Journal of Medicine titled “The Major Causes of Death in Children and Adolescents” sheds some light on the most common causes of fatalities in children aged 1 to 19 years. The study finds that, of the 20,630 deaths in that age group in the US in 2016;

“More than 60% resulted from injury-related causes, which included 6 of the 10 leading causes of death…when we examined all deaths among children and adolescents according to intent, unintentional injuries were the most common cause of injury-related death (57%; 7047 of 12,336 deaths) …

That’s a little complicated, so let’s break it down a little differently; of the 20,630 deaths in 2016, more than half were the result of unintentional injuries. According to the authors, the majority of fatalities studied (68%) occurred in adolescents aged 10 to 19. In that group, the leading cause of the unintentional injury was motor-vehicle crashes, followed by firearm injuries and then suffocation.

Let’s take a minute to discuss unintentional injuries. Unintentional in this case means unplanned, and unplanned injuries (by any other name) are accidents. Taking this all together, fully 14,028 adolescents between the ages of 10 and 19 years were killed under fully preventable circumstances.

But why are teenagers so likely to suffer fatal injuries in these categories? At the risk of repeating ourselves, teenagers have less experience navigating the world. Developmentally speaking, teenagers are ill-prepared to understand their own limitations and tend to engage in more risk-taking behavior – especially in the presence of peers. Finally, some teens are beginning to experiment with substance use that may additionally impair judgement.

While these reasons may explain that teens are more likely to engage in riskier behavior and thus why unintentional injuries more often result in fatalities, it doesn’t completely explain the why of it all. For the answer to that, we turn to the Australian non-profit Raising Children. They explain, “Because the prefrontal cortex is still developing, teenagers might rely on a part of the brain called the amygdala to make decisions and solve problems more than adults do.”

The amygdala is more associated with emotions, impulses, aggression, and instinct, resulting in emotionally driven decision-making. Based on the evidence, this has dire consequences when motor vehicles are involved. A 2019 article published in the journal Sustainability analyzed the mistakes most new drivers make and found that, “…novice drivers engage in three main risky behaviors: easily changing their attitudes, overestimating their driving skills, and underestimating illegal driving.”

You should also be aware that some teenagers are at higher risk of wrongful death injuries than others. From a National Center for Health Statistics Data Brief:

How can I protect my teenager?

In a nutshell, most deaths in adolescents are caused by unintentional injuries and are highly circumstantial. This is definitely a situation where an ounce of prevention is worth a pound of cure. Eliminating distractions while driving, ensuring that your teen is aware of risks and consequences, and keeping your home safe are just a few ways to keep your teenager out of harm’s way.

Here at The Rocky McElhaney Law Firm, we’ve adopted and fully support the American Association for Justice’s initiative to End Distracted Driving. The Family Safe Driving Agreement is an excellent resource that you can share with your loved ones to help reduce the risk of fatal crashes and keep their attention focused on the road.

The death of a teenager is always a tragedy- even more so when that death was preventable. At The Rocky McElhaney Law Firm, our wrongful death lawyers in Tennessee have helped grieving families through the process of filing a claim with compassion and dignity. We fight for you to recover the costs of medical bills, funeral expenses, and lost wages as well as compensation you deserve for emotional pain and suffering. Our experienced and passionate Tennessee wrongful death attorneys have offices in Nashville, Clarksville, and Hendersonville. To learn more about how we represent our clients, call us today at 615-208-6065 or fill out our contact form.