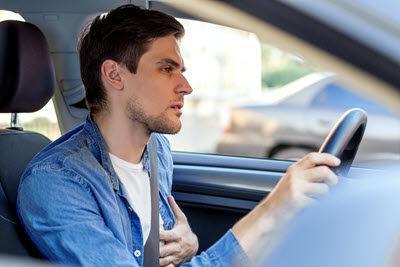 Most accidents happen because one driver violates the traffic laws, drives while distracted, drives while drunk, or is too tired to drive. In these cases, the driver is primarily responsible for any injuries or deaths that are due to the crash. Some accidents, though, occur because of a sudden medical emergency. A driver may lose control of his/her vehicle due to a heart attack. They may black out due to the legal prescription medications they are taking. When medical emergencies happen, it can be hard to determine whether the driver should be held liable.

When is the “Sudden Emergency” defense used?

Tennessee, like most states, recognizes the “sudden emergency doctrine.” This defense essentially holds that a driver may be relieved from liability if the accident is due to an “unforeseen” medical emergency. The reasoning is that drivers should only be held for negligence – for acts they could have reasonably avoided. If a driver has a sudden medical emergency, then he/she may not be negligent because the medical emergency was not foreseeable. The accident may be considered beyond the control of the driver. The sudden emergency doctrine recognizes that a person confronted with a sudden or unexpected emergency which calls for immediate action is not expected to exercise the same accuracy of judgment as one acting under normal circumstances who has time for reflection and thought before acting.

The sudden emergency doctrine no longer constitutes a defense as a matter of law but, if at issue, must be considered as a factor in the total comparative fault analysis. Accordingly, the doctrine of sudden emergency does not necessarily negate a defendant’s liability.

The driver has the burden of proving that an unforeseeable medical emergency occurred. Usually, medical evidence will be required to prove these criteria. For example, a cardiologist may testify or provide a report confirming that the driver did have a heart attack and that heart failure would cause a driver to lose control of his/her car.

Drivers may lose consciousness for reasons other than a heart attack of course. One other common condition that causes a sudden medical emergency is diabetes. Low sugar can cause a lack of consciousness. So could a stroke, a blood clot, or an unexpected seizure.

Whether the heart attack, for example, was an unforeseen medical emergency will depend on various factors starting with the driver’s prior medical history. If the driver had no prior cardiac issues, then the unforeseen test is clearer. If the driver had a history of heart failure and was prescribed medicine such as blood pressure medication that he/she failed to take, then an accident victim could argue the emergency was foreseeable. Further, a plaintiff could argue that if the driver could foresee the medical emergency or had time to respond, that the driver should have pulled off to the side of the ride and called for help.

Does the emergency doctrine apply in non-medical cases?

Not all sudden emergencies are related to medical conditions. The emergency doctrine applies in much the same way in non-medical cases. The reasoning is the same. Drivers should not be held liable if an unforeseen factor, such as an errant child or a falling tree, causes a car accident. Again, the accident victim has the right to argue the condition was foreseeable (such as the need to drive slow in residential neighborhoods and warning signs about falling trees). If the car accident was indeed foreseeable, the driver who caused the accident should be held liable.

At the Rocky McElhaney Law Firm, our Nashville car accident lawyers understand the arguments insurance companies and defense lawyers assert. Often, we can show that these arguments have little merit. When arguments seem convincing on their face, we can often show that the law supports our client’s position or that the facts aren’t what the defendants say they are. We work with investigators, and we conduct a thorough review to determine how the car crash happened and who should be held accountable. To discuss any Nashville, Hendersonville, or Clarksville car accident, call us today. You can schedule an appointment by calling us at 615-425-2500 or completing our contact form. We represent car accident victims on a contingency fee basis.