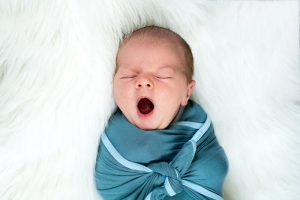 You read that right. The University Medical Center in Lebanon, Tennessee, performed an unnecessary surgical procedure on a newborn baby in December of 2015. The pediatrician performed a frenulectomy on Jennifer Melton’s son Nate when it should have been performed on another newborn child. The doctor admitted that he made a mistake to Ms. Melton, and he did apologize. And then he said this:

That Baby is Nate is alive and well is the only silver lining to this outrageous case. But to tell a new mother that her child, who had just undergone an unnecessary surgery, that she shouldn’t worry because her son “barely cried” is beyond callous. It’s also terrifying; as Ms. Melton’s attorney said to NBC News, Why didn’t the doctor check to make sure he had the right patient, particularly in a nursery? Where’s the safety protocol?”

A lawsuit has not yet been filed, but Ms. Melton does intend to file suit. She told NBS News that she wants to make sure the mistake never happens again, and that she doesn’t “want anyone to ever have to leave a hospital with a newborn feeling the way that [she] felt on that day.”

How did this happen? 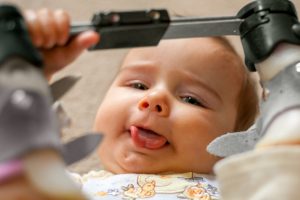 It appears that the pediatrician transposed the names of two families in his head, as he was speaking to the parents of the child who needed the procedure right before he took her son. The frenulectomy procedure is a minor one, used to correct a medical issue called “tongue tie.” Tongue tie occurs when that little piece of tissue that connects the tongue to the bottom of the mouth (called the lingual frenulum) is too tight. It can cause a number of problems for babies and children, including:

Thankfully, the procedure is minimally invasive, and most babies and children recover quickly. However, because Nate Melton was not tongue tied, there could be other lasting implications as a result of his surgery, and the only way to tell is to simply wait it out.

Thankfully, little Nate seems to be perfectly healthy and happy for now. But that doesn’t mean that University Medical Center should be “off the hook.” Their gross negligence must not be swept under the rug, and they should be held fully accountable for their mistakes.

At the Rocky McElhaney Law Firm, our personal injury attorneys in Nashville, Hendersonville and Knoxville fight on behalf of medical malpractice and birth injury victims. If you or someone you love was hurt by a negligence doctor, or suffered an injury because of surgical malpractice, we want to hear your story. Please contact us to schedule a free consultation with a Nashville injury attorney today.

The Truth about Malpractice Costs, Right from the Doctor’s Mouth

A Win for the Injured in Tennessee