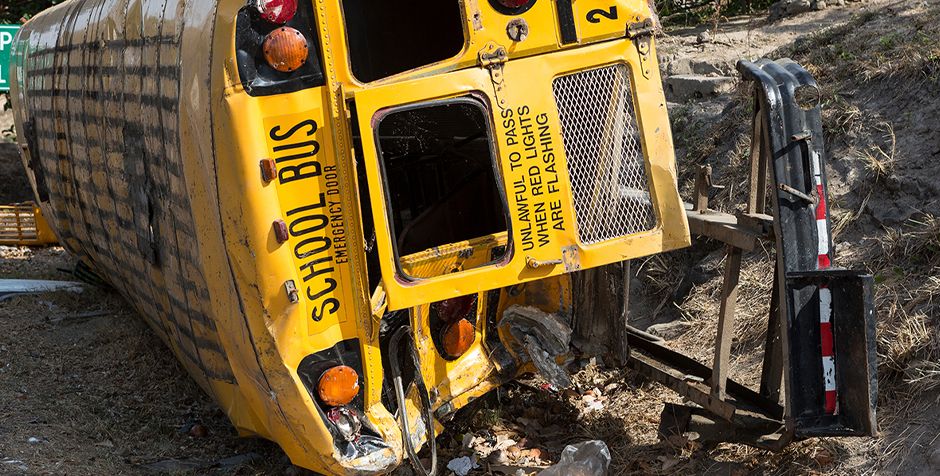 Trusted personal injury attorneys fighting for the rights of the injured throughout Tennessee from offices in Nashville, Hendersonville and Knoxville

Each year, millions of Americans commute back and forth to work, for school, recreation and the errands of daily life. Most people travel to and from their destinations safely, but unfortunately thousands of transit riders are injured and killed each year in bus accidents in the U.S. Public transport buses are subject to common carrier liability, which means that these carriers my be held liable when their passengers sustain injuries in a the event of a crash if the driver's negligence can be proven to have caused the crash. As common carriers, public transportation owe a duty of care to protect the safety of their passengers.

At the Rocky McElhaney Law Firm, our experienced Nashville injury attorneys protect the rights of our clients who have been injured in bus accidents and other modes of public transportation accidents. We are well versed in gathering the evidence required to present a compelling case – things such as expert testimony on the probable cause of the accident, testimony from of the passengers and those who witnessed the crash, video recordings and photographs taken of the accident and the scene of the crash. Visit one of our offices in Nashville, Hendersonville or Knoxville to speak with an experienced mass transit accident lawyer today about your needs.

Bus accidents in the U.S.

The federal agency that tracks bus accidents in the U.S. is the Federal Motor Carrier Safety Administration (FMCSA). They track large truck accidents and bus accidents lumped together in one number, so these statistics include injuries and fatalities in both large truck and bus accidents. In 2013, there were 4,251 large trucks and buses involved in crashes with 739 fatalities and 133,000 injuries. The National Transportation Safety Board (NTSB) reports that crashes, fatalities and injuries in bus crashes have increased by 3.5 percent, 12.6 percent and 5.5 percent respectively since 2010. The FMCSA has increased inspections of commercial buses, and as a result, they have shut down 54 unsafe motor coach operators in 2011.

More than half a billion passengers are transported by bus annually in the U.S. according to NTSB data, and most of them make it to their destinations safely. In an effort to ensure a safer future for bus travel, the Motorcoach Enhanced Safety Act was signed into law in 2012 by President Barak Obama. Inspired by a horrific bus crash in 2007 that killed five members of the baseball team from Bluffton University in Ohio, a federal safety review of the crash revealed that while driver error and inadequate signage caused the accident, deficient passenger safety equipment contributed to the deaths and injuries from the crash.

Causes of bus accidents in Tennessee

As with any type of motor vehicle crash, the most common cause of bus accidents is driver error. Whether the accident took place along a busy highway or on a city street, some of the more common causes of bus crashes include:

Towns like Nashville and Knoxville are tourist hot spots, so we see a lot of buses going through our streets. Whether you were injured on a metro line or tourist bus, we know how to build a successful case for compensation on your behalf.

Buses, such as the ones used for public transportation in major cities do not include safety belts, so when there is a serious crash, passengers can suffer significant injuries because they are unrestrained within the vehicle. Some of the most common injuries that occur from bus crashes may include the following:

Being a passenger on a bus is not the only way to be involved in a bus accident. You could be a pedestrian walking across the street and get struck by a bus whose driver did not see you. You might be a passenger in a car that gets into a crash with a bus. Naturally, the injuries a pedestrian might suffer in a bus crash would be far more significant than a passenger on the bus or even in another vehicle.

Bus accident investigations can be lengthy and complicated, but the knowledgeable Nashville bus accident attorneys at the Rocky McElhaney Law Firm have experience in this area of the law and we know how to get answers for or clients. If you or a loved one has sustained a serious injury in a bus accident, you may be able to take legal action against the responsible parties. We will represent you interests and fight for the compensation you deserve for your injuries and losses. You may be able to recover compensation for your medical expenses, lost wages and pain and suffering. If you have lost a loved one in a bus crash, we can represent you in pursuing a wrongful death action.

Let Rocky fight for you after a bus accident in Nashville

At the Rocky McElhaney Law Firm, we welcome the honor and opportunity to represent you if you have suffered an injury due to a bus accident. You may call Rocky at 615-246-5499 or fill out our contact form to schedule a free initial consultation. Our offices are conveniently located in Nashville, Hendersonville and Knoxville.